July - Mid summer, seemed like good timing to look at sharing the road.

The group meeting welcomed a couple of guest speakers from the equine fraternity.

Who knew 'osses were frightened of pigs?!!

Motorcycle tutors were issued with easily identifiable training vests. These vests are the same as RoSPA HQ issue to Diploma instructors and present a professional and corporate look to E-YARD.

The monthly ride out saw E-YARD take a trip south around Lincolnshire and the East Midlands.

Car training continued to expand, with Dave Pattenden and Julian Taylor being rushed off their feet! Andy Trevor was also busy, but he also became a trainee too - commencing his bike training!

August was a fairly quiet month, as school holidays and family vacations time kicked in.

What did arrive though was the car tutors 'uniform'!

As the bike side was all kitted out the committee decided the car tutors should be given the 'corporate look' treatment. 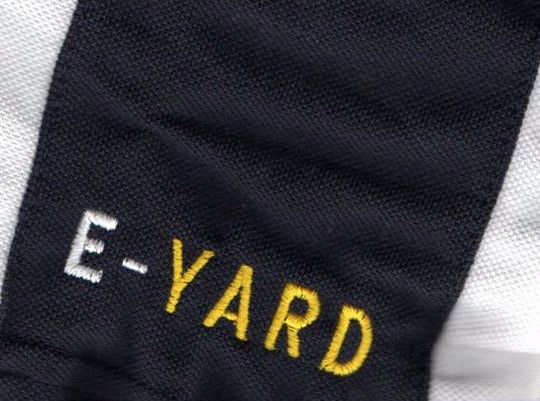 The group meeting revolved around a presentation on Tyre/Grip Trade Off and the welcoming of several new members to the group.

As the summer drew to a close, September became one of the busiest months for E-YARD.

The group were approached by the Hull Rotary club to give a presentation on Advanced Driving and the Older Driver. Julian Taylor did the honours, and this fitted in well with the theme for the rest of the month!

RoSPA were featured on ITV with a programme about 100 year old drivers - looking at older drivers, assessing them with RoADAR examiners.

E-YARD were invited to the UKRO (United Kingdom Rescue Organisation) national event held at the KC Comm Stadium in Hull.

E-YARD representatives were given two stands to staff, one for the Older Driver and the other for Two Wheel road users.

This was great exposure for the group with Safer Roads Humber.

The same day as this event saw the final session of BikeSafe. E-YARD had been represented at every session of BikeSafe and this was reflected with a super message from Howie Fordham, the coordinator thanking the group for it's professional and dedicated support 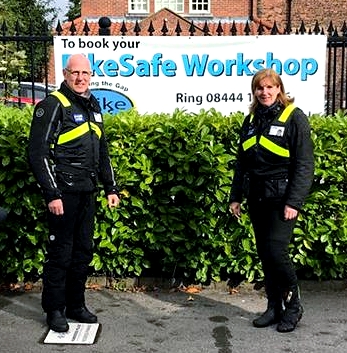 The E-YARD trainers vests really made our tutors stand out from the crowd!

The group website was upgraded with more links to Highways England material.

Another two passes on the bikes were celebrated with Alwyns and Guy becoming full members! 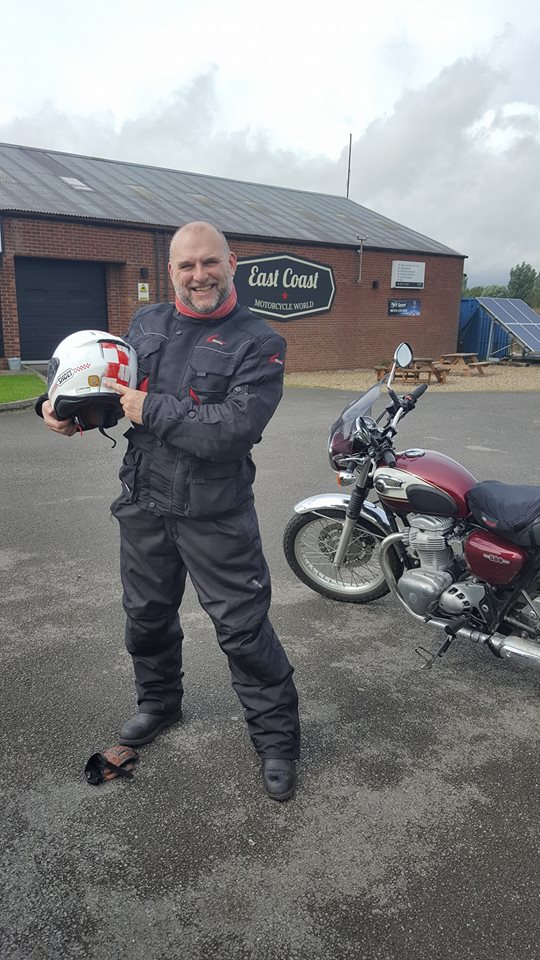 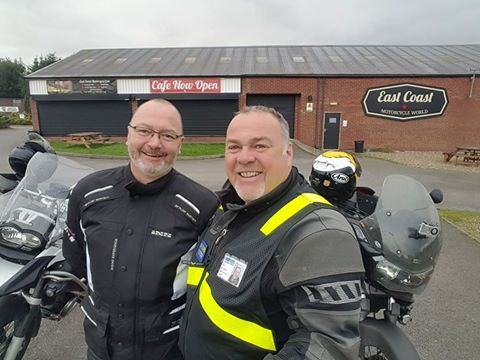 The nights started to draw in as October reared it's head.

The regular first Tuesday night of the month meeting at ECMW had to be suspended due to a change of opening hours by the shop, so no group meeting took place in October.

The first E-YARD training weekend away took place in October. Originally five members signed up to travel to Moffat and have a weekend of training and socialising. Unfortunately Norge and Hoody had to pull out leaving Rosie, Andy T and Tom Harris enjoying the weekend.

The weekend saw a mix of bike and car training taking place both on the DRide (Drive/Ride) to and from Moffat and the full day there.

cold but sunny days ride around the North Yorkshire area.

A 'selfie' from this ride ended up in MCN. The group exposure expanded to RoSPA Care on the Road magazine too! 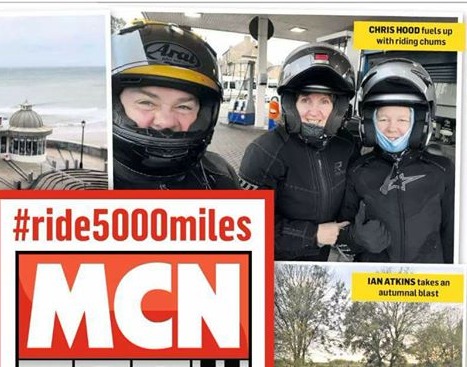 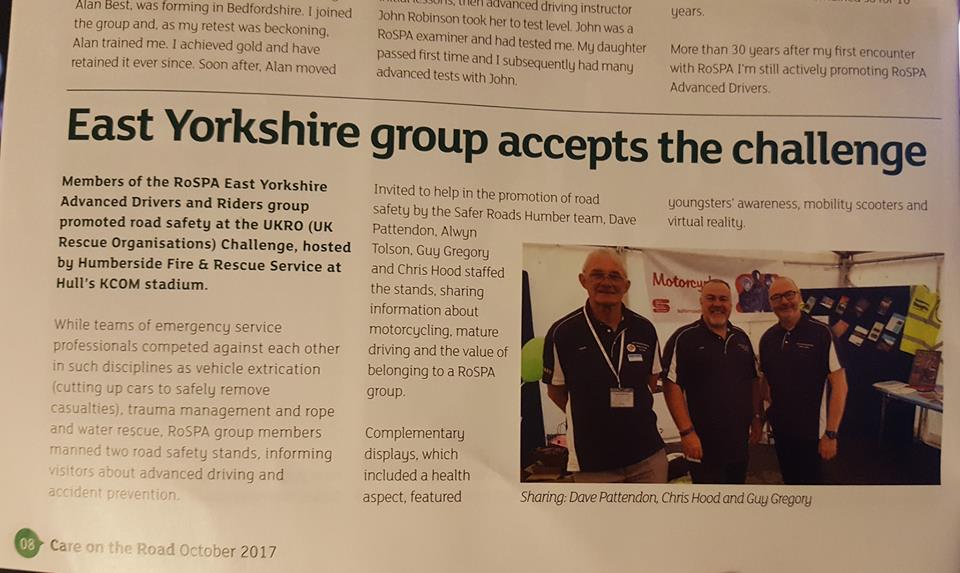 This chiefly came about as a result of not everyone having internet access and missing out on some events or opportunities.

A group meeting took place at the Mercure Hotel, Willerby where an indepth look at tyres and tyre technology was presented. 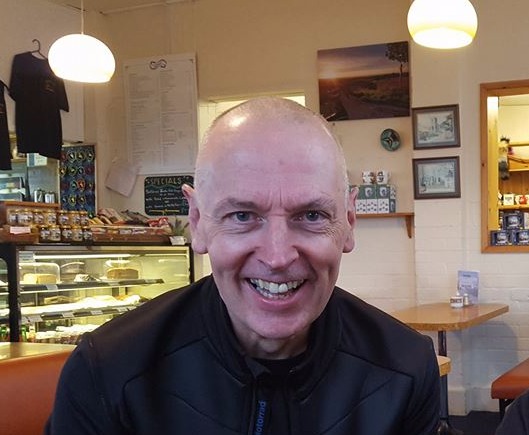 Novemeber also saw Tom Harris stepping down as treasurer, with Andy Brittan taking on the mantle.

This involved 3 associates and one tutor taking turns to drive their own vehicles with the other associates in the rear passenger seats watching and critiquing. 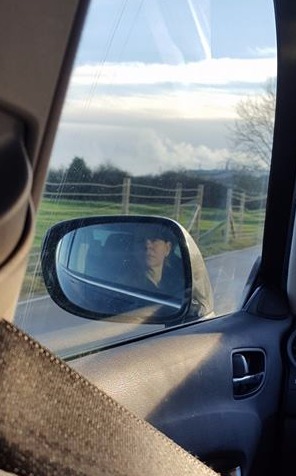 December didn't have a group meeting per se, as a Christmas 'do' had been arranged. 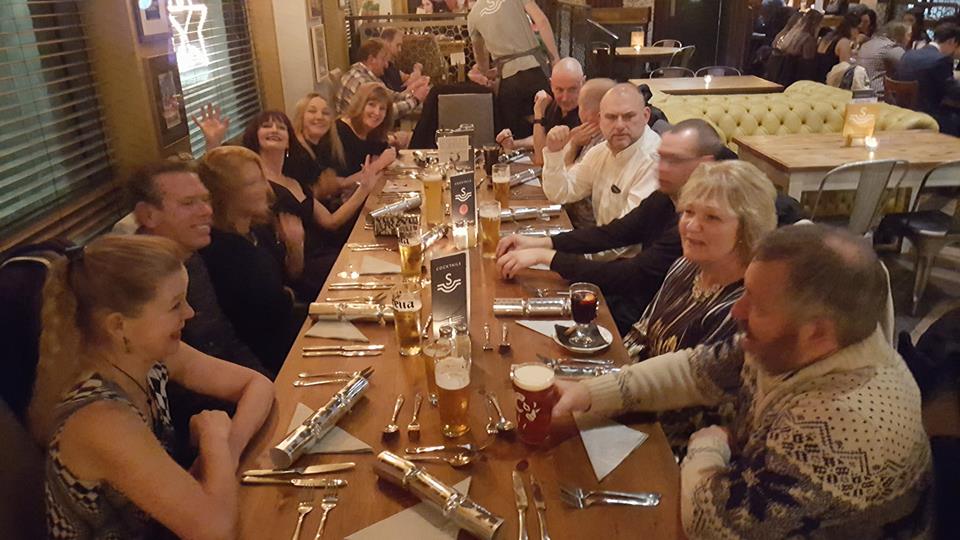 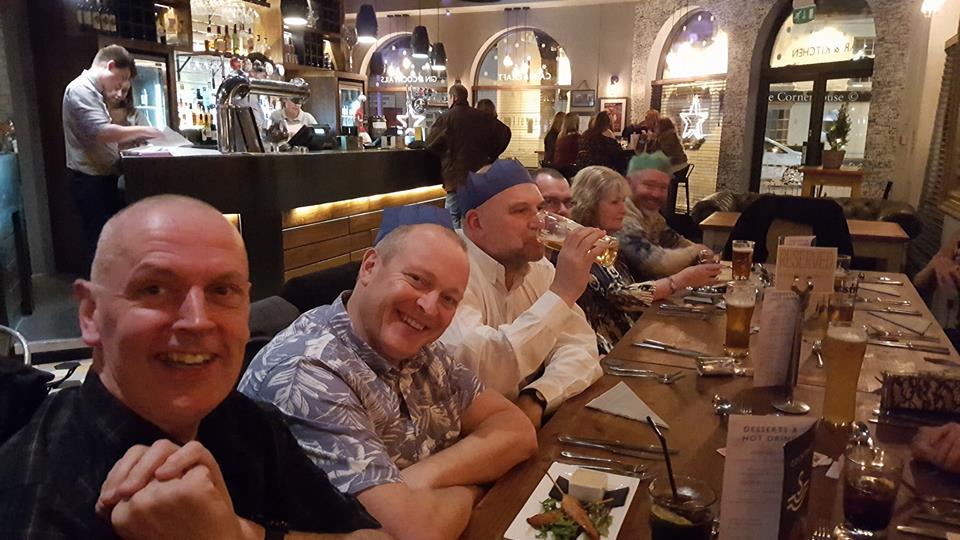 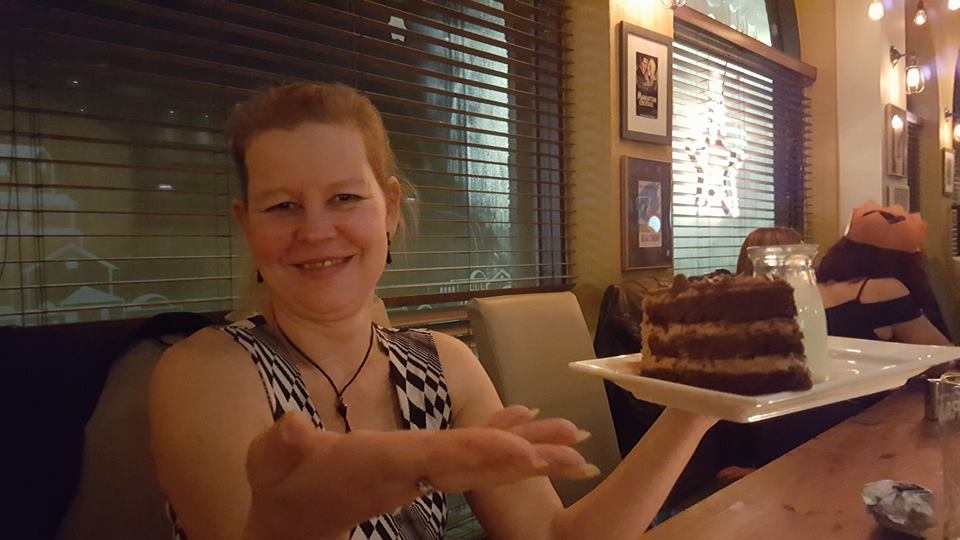 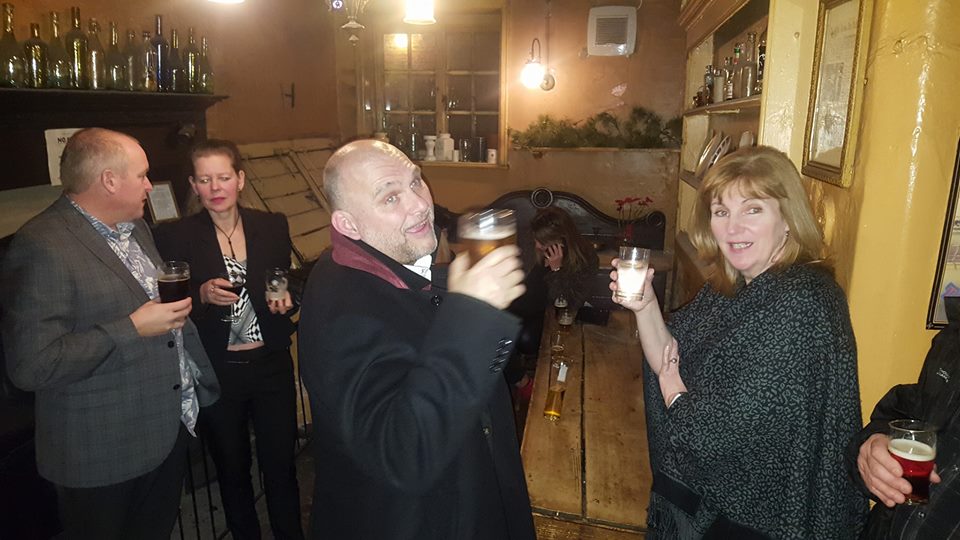 A great social event, spent with some brilliant people who over the year had become friends through a shared interest in road safety and self improvement.

The last day of the year was spent with the bike section joining up with ARNY (Advanced Riders North Yorkshire) and HERAM (Hull and East Riding Advanced Motorcyclists -IAM) riding out to Beadlam and Whitby in unseasonally glorious weather!

Add to this year other events undertaken by members of the group, including Blind Driving (on an airfield!),, Rally driving and 1000 mile in a day for charity, it has been an absolutely fantastic year for East Yorkshire Advanced Riders & Drivers

Thanks You to all our members for your hard work, whether Committee, Tutor or more importantly Associates/Members, Martin and Kelly at East Coast Motorcycle World and Safer Roads Humber/BikeSafe.

Here's to 2018 and lots more exciting projects and passes for the group!