2017 commemorated the 100th Anniversary of our umbrella organistion - RoSPA along with the rebirth of our own group.

East Riding of Yorkshire RoADAR had existed since 2007 and had gone through various phases but was a little tired after all this time!

Meetings had been held in Market Weighton but due to access problems a new venue was sought.

The committee met and recognised these issues and it was agreed re-branding and relaunch with a new venue would be a good way forward. RoSPA HQ had already intimated a new constitution for all groups and national accreditation was being introduced 2018/19, so again, the timing was right for change.

East Yorkshire Advanced Riders & Drivers - E-YARD was the phoenix that rose in the new year! 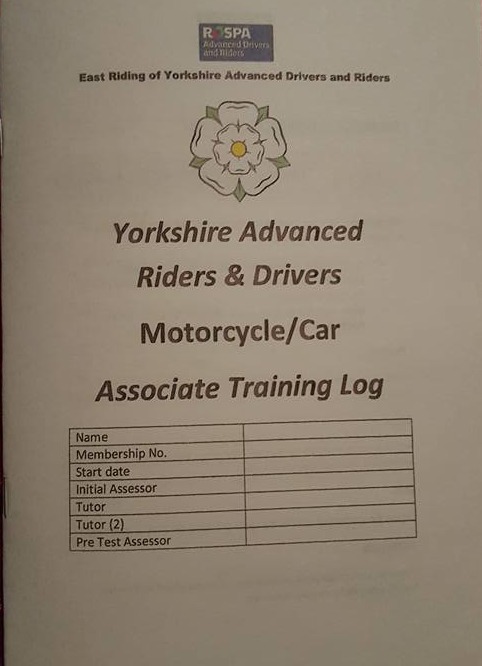 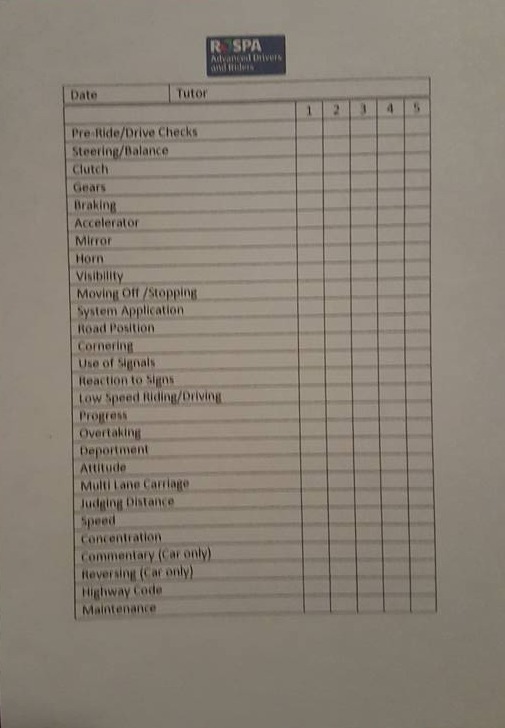 As the group is E-YARD it is worth noting that our official title (that we're registered as at HQ) is RoADAR East Yorkshire.

As January drew to a close, plans were drawn up for a calendar of events and the designing of a new website commenced along with logo designing and suggestions!

The Facebook page was made open to the public to help in recruitment at the start of February, and more members started utilising it.

The group meeting was again held at Market Weighton, with a geberal discussion on tyres and a review of the new website being conducted.

February saw the MotorCycle News (MCN) launch it's Ride 500 Miles campaign to encourage riders to get out and use their bikes.

Members signed up for this challenge and by the end of the 2017 season our own Chris Hood was crowned 'King of the Selfies' in this national publication, along with other members such as Ian Speight having a winter riding article published and several members being featured through the year

As March came around the thoughts of lighter nights and longer warmer days was in everyone's minds.

The search for a new venue was concluded with East Coast Motorcycle World (ECMW) agreeing to allow the group to meet monthly at their premises.

Car and bike training continued in earnest with tutors working most weekends through March with associates of both disciplines and tutor training also in both!

Rosie struck Gold on her bike test to add to the excitement!

As March drew to a close, John Wright, Jo Bowers, Rosie, Chris Hood and Julian attended Malton Fire Station where they engaged on the Biker Down Course.

The end of March also saw the launch of E-YARD twitter feed, opening another line of communication and recruitment for 'The Yard'!

April was the inaugural meeting at ECMW, with a brilliant turn out of both cars and bikes.

All the new training logs, member cards and literature were also introduced at this meeting.

On-line membership commenced at the start of April coinciding with the new membership year.

Julian Taylor requalified his bike test with a gold ride

On 23 April, the groups first formal ride out had a motley crew heading up around the North Yorkshire Moors, with half the route being led by Chris Hood, the other by Rosie.

A glorious days riding up to Sutton Bank gliding club for tiffin followed by a ride on the 'wild' side by Rosie which could have had the soundtrack 'Ain't no mountain High Enough, Ain't no river Wide Enough'!! 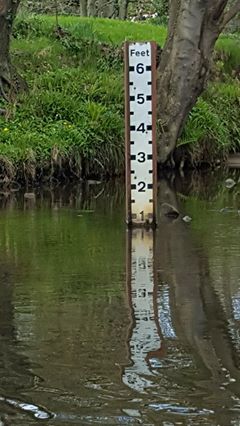 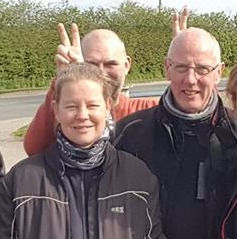 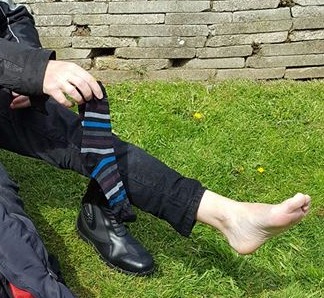 May's meeting was the AGM for E-YARD.

John Wright was re-voted in as Chair. Tom Harris retained his position of Treasurer and with John Bowser stepping down from Secretary, Chris Hood was voted into this position.

A celebration of group member achievements was enjoyed as part of the evening.

May also celebrated the 100th Anniversary of RoSPA, and E-YARD received invitations to attend a Garden Party at Buckingham Palace. 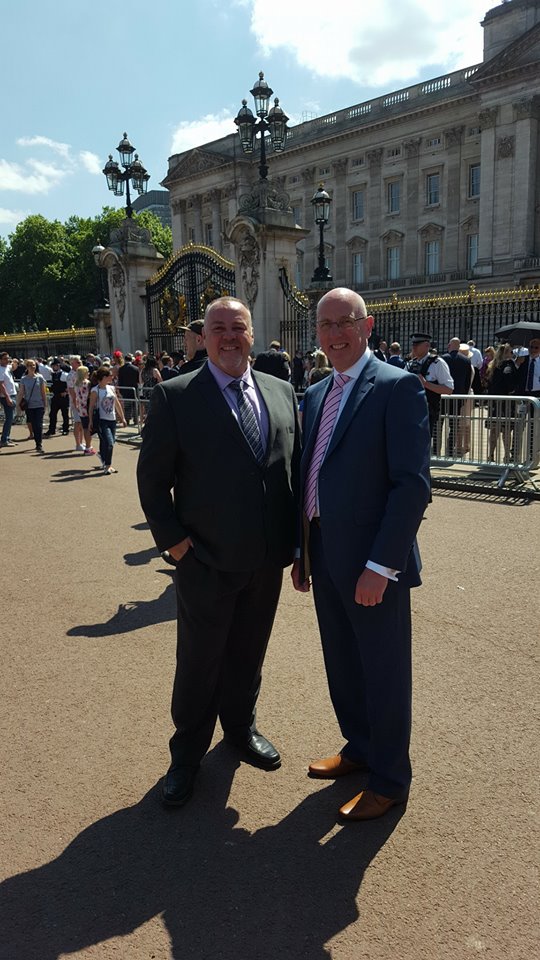 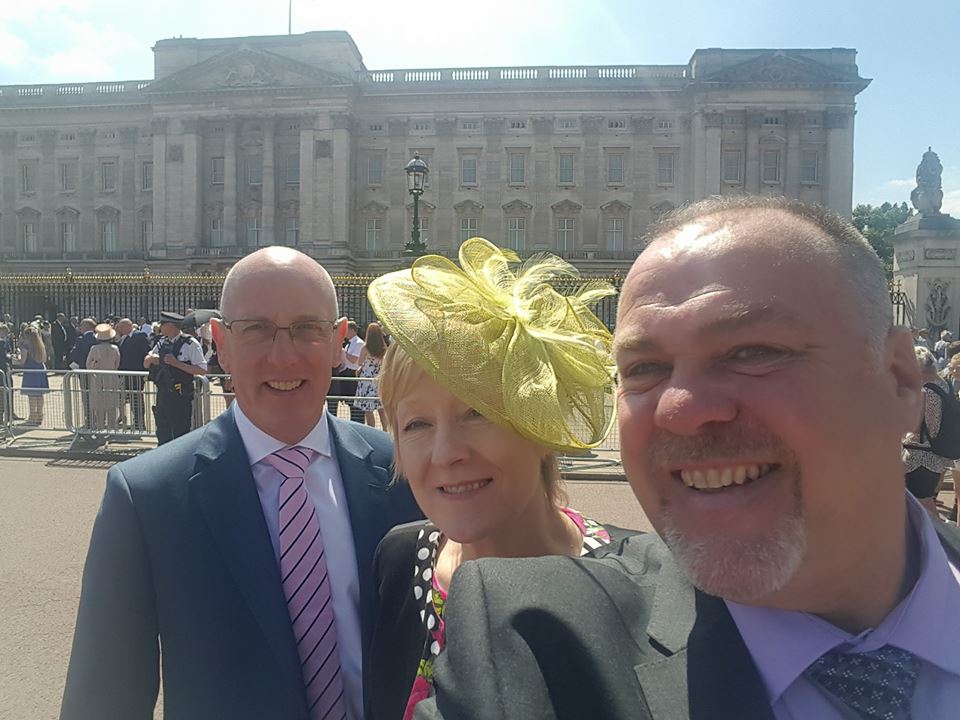 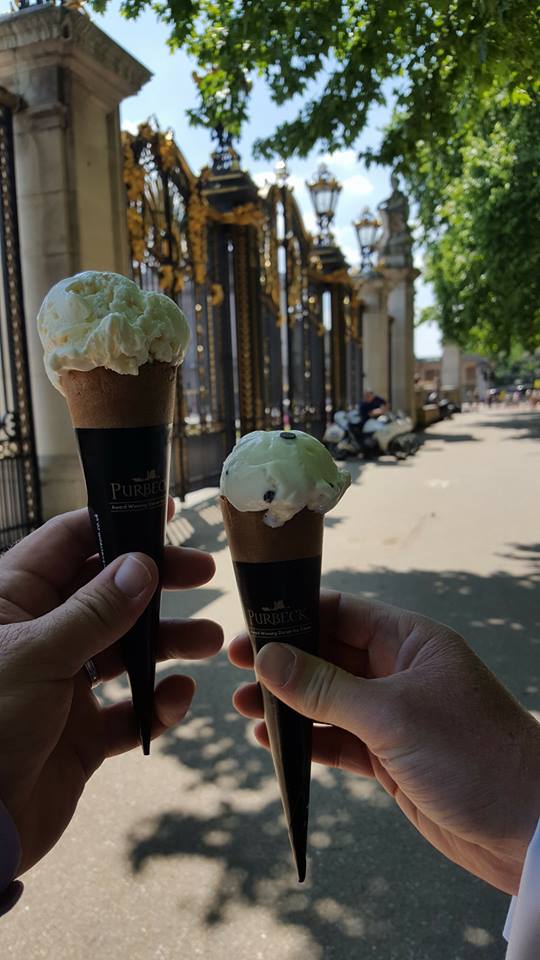 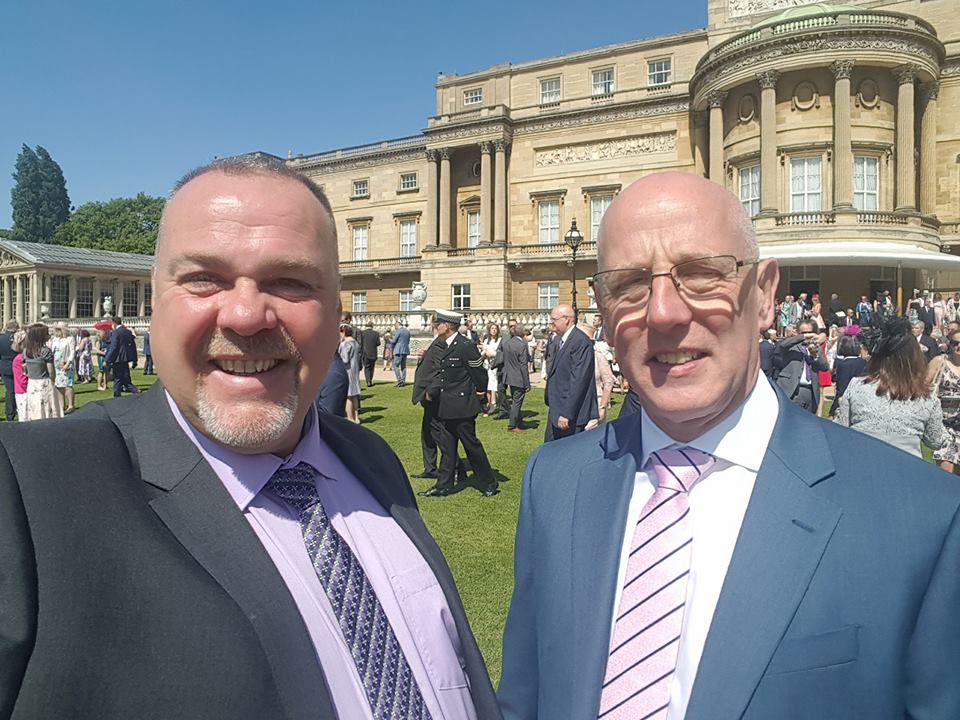 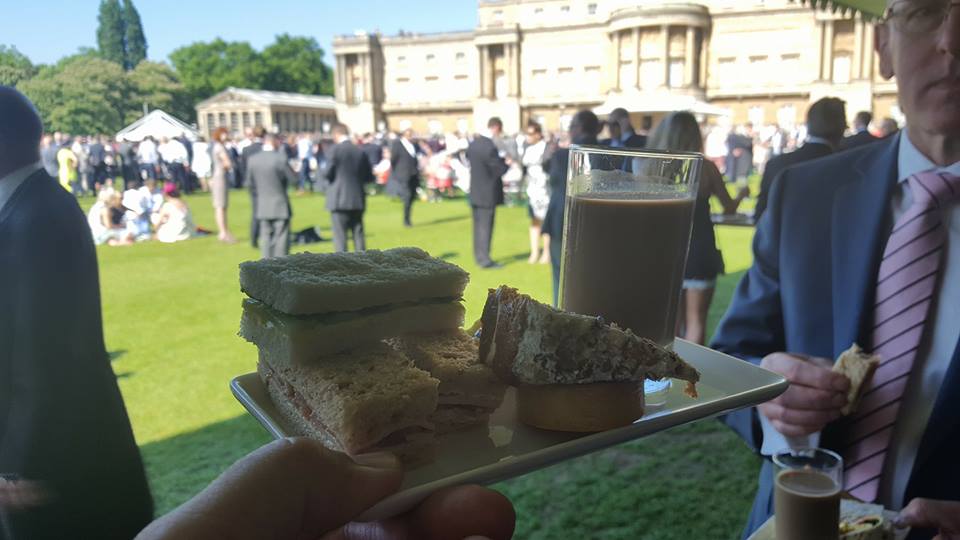 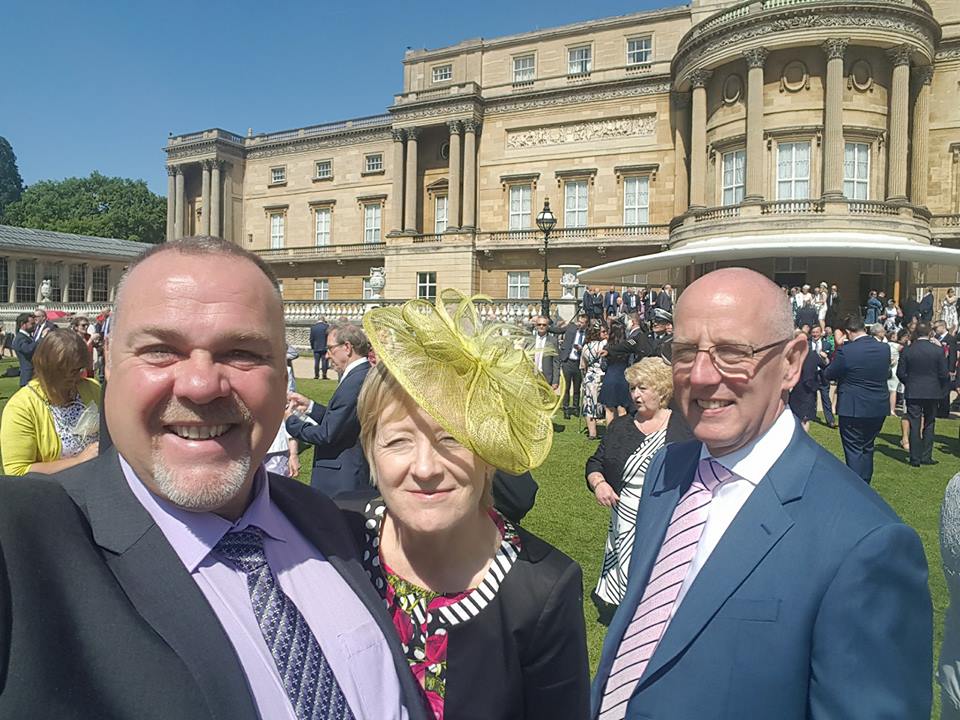 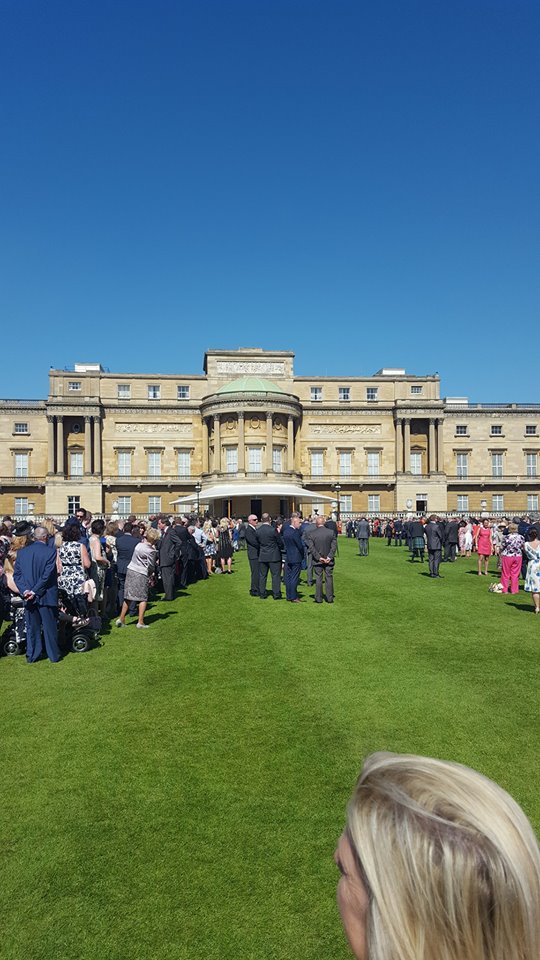 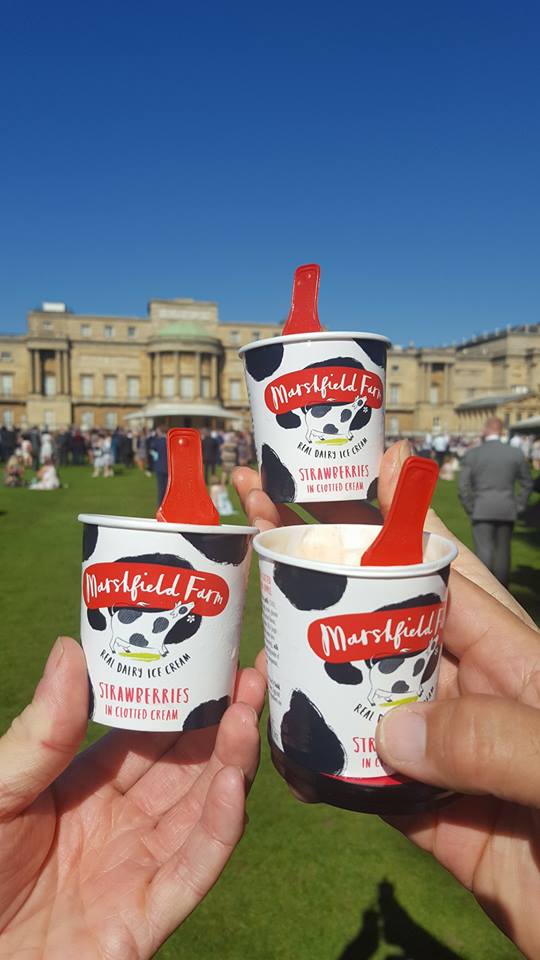 May also saw John and Chris along with five other motorcyclists ride around central Europe. John's choice of machine - a Moto Guzzi Norge - saw him referred to ever since as "Norge"!

Flaming June! Started with a damp group meeting, where the members had a presentation about Limit Point Analysis.

New members, Lizzy B, Ian Streets and Dave Hardwick were welcomed to the fold.

The monthly rideout was supposed to be 'Lakes in a Day' but excess coffee drinking and talking saw the terrible trio of Alwyn, Hoody and Norge only make it as far as Skipton!

By this mid point of the year, E-YARD were becoming well established in the local bike and road safety community, with numerous new members signing up every month.

The second part of the 2017 review will look at the second half of the year, with new kit, more rides out, involvement with national initiatives and an interesting end of year!